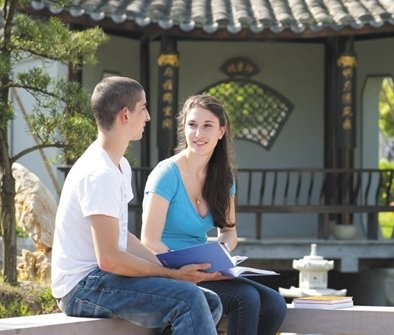 Some people oppose to others making noise uncontrollably, while some don’t. What is your opinion?

+ Argument: in this writing, the topic demands writers to consider whether we should oppose to making noise or not.

+ Type of question “what is your opinion”: it is possible to choose and develop your own ideas. It depends on the amount and quality of the ideas you have about each type of management. In the essay below, the writing will support the idea that “noise making uncontrollably should be banned or opposed”.

Below are the basic structure of an outline and some suggested ideas for this topic.

– Hook sentence: general idea about problem the topic: The health impacts of environmental noise are a growing concern among both the general public and policy-makers in Europe

– Thesis statement: people are in two contrasting ideas, while some believe that noise must be banned, others are in opposite idea.

– Answer question: agree or not with the idea

In this sentence, you are not required to say and explain reasons in details.

In each paragraph, we have to write a topic sentence and then supporting ideas for the topic sentence. Normally, you write only 2 to 3 ideas as we need to make them clear and deep-rooted. It is necessary to add example of facts and figure, public figure, historical events…

P1: Some reasons explaining why it is normal to make noise in life

– Noise pollution can cause many diseases such as: high blood pressure, cardio-vascular disease.

– Have influence on human and animal balance

P3: How to deal with the problem

– Government: limit the capacity of noise suffered by persons on road

Restate the ideas and express some personal opinion (if any)

In this writing, it agrees that noise can be made but we should control its amount to protect the whole society’s health

The health impact of environmental noise is a growing concern among both the general public and policy-makers globally. Recently, symptoms like cognitive impairment of children, sleep disturbance, tinnitus and annoyance have been commonly reported to appear and turn out to be one of the threats of human health in the developed countries, especially in European ones. This increasing negative trend manifestly raise controversial ideas among public as it urge citizens to stay in a choice between being against noise making and letting it just happen. From my own perspective, making sound is not an illegal action as its nature; however, excessive beat made unmanageably in outside environment is absolutely negative that it needs to be prohibited.

Never before have people witnessed a peculiar definition that sounds get to be risky to human beings as its pivotal role in our life. Except for the case that we shut our door to the world and turn ourselves into silent mode as a static objects, living creatures can stop creating sounds in almost all cases even being at sleep or making a rush touch. As a matter of fact, inventing beats or even louder ones – a sign of living is a normal characteristic in human; some simple indication that are as clear as crystal are the first cry from a baby, singing birds in sky or music melody daily composed by musicians. As a normal single group of individuals, there is no right to steal sound from existence as we take it into account as a source of life and entertainment on Earth.

However, it is no wrong to accuse noise now to be the main sin of many public issues especially physical health. Coming along with the thriving of social life, it is unable to control the escalating in noise level which imposes a risk of noise pollution. The outdoor worldwide source of such over 70 decibel capacity is mainly caused basically by machines and tranpostation systems in side-by-side industrial zones. Given are also some household sounds like music, yelling, crying and so on from home which can be attributed to be the origin. The US scientists have claimed on magazines that elevated sound levels can contribute to opposing effects in human; some typical model must be the hearing impairment, the rise in blood pressure, and an increase in tension. In animals, noise can increase the danger of death by altering predator or prey detection and avoidance, interfere withreproduction and navigation, and contribute to permanent hearing loss, which is extremely dangerous for eco-system balance. Although the mentioned indications may occur naturally with more ages, in many developed nations the cumulative impact of noise is sufficient to reduce effectiveness of hearing of a large fraction of the population in a very early age.

From the above influences, it is time for us to take some measures to deal with this problem. In favor of the nation’s benefits, completely getting risk of transportation is not a smart solution to take that competent authority needs to do adopt a law to limit amount of vehicles passing on road in a day by dividing different time frame for each means of transportation. By taking it up, in one hour, not only exhaust fumes are controlled, but also a smaller noise capacity is suffered by normal person while staying on the streets. Moreover, making city green had better seriously be thought over as an eco-friendly way. By planting more trees or establishing more parks eventually relieve noise pollution since trees, in their instinct, filter and reduce the noise when coming through leaves surface. The more plants are up, the more pure out environment we enjoy. Consequently, our cities are no longer put in intensive sounds and stressful time interval in a day.

In conclusion, sound or noise is always seen as a normally accepted field of life. The matter here is when it develops to the over-passing volume of acceptance; there is no sense if we, sufferers, do not take any action to protect ourselves from bad impacts of this pollution. So as to totally eliminate bad effects of noise pollution, government and citizens mutually should play hand in dealing with this widely social situation.

– Ideas: clear, strong and supportive for the side you choose and it is easy to understand the ideas

– Vocabulary: OK, good use of adverb and adjective, conjunction, synonyms

– Better arrangement for the ideas, it is possible to put some ideas about young leaders and make more comparison

– The writing is quite long with many ideas to support it; if possible, you can reduce some ideas and make it shortened. In this case, you can go for the idea of writing 2 paragraphs:

+ P1: 1-2 benefits of sound but then its negatives effects